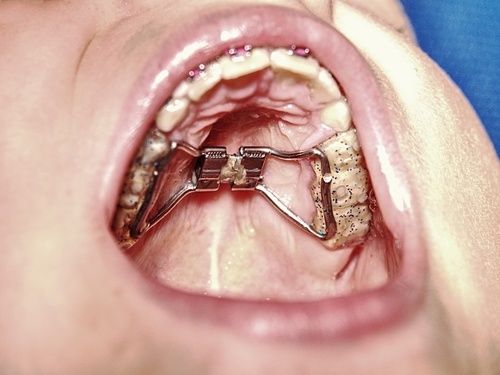 What is Palatal Expansion?

Palatal expansion is a procedure using a palatal expanding device by orthodontists to widen the upper jaw so that the bottom and upper teeth will fit together perfectly. This is a common orthodontic problem procedure. More details can be read online on Wikipedia.

A major benefit of receiving orthodontic treatment in childhood is that it’s possible to take full advantage of a youngster’s own natural growth process to treat or even prevent malocclusions.

People mainly identify orthodontics with braces. But while they’re a major part of it, braces aren’t the only way this important dental specialty can make a difference in a person’s bite.

For example, orthodontics can help guide the development of a younger patient’s facial structure that could head off future upper teeth misalignment. The area of focus is the upper jaw and palate (the roof of the mouth) that jointly make up a structure called the maxilla. The maxilla is actually formed by two bones fused together in the center of the palate along what is known as the midline suture running from front to back in the mouth.

The two bones remain separated until puberty, which helps accommodate rapid structural growth during childhood. But problems can arise if the upper jaw is too narrow, causing a “cross-bite” where the lower back teeth bite abnormally outside the upper ones. This can crowd upper permanent teeth and cause them to erupt improperly.

Using a technique called palatal expansion we can correct this abnormality if we act before the maxillary bones fuse. Upper jaw expansion is a form of orthodontic treatment that is used in specific cases. By widening the circumference of the palate, the perimeter of the dental arch increases to create more space for teeth growth. 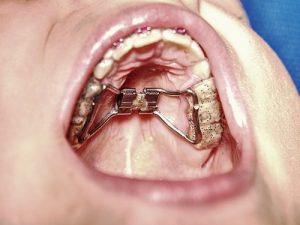 The technique employs a custom-made appliance called a palatal expander that attaches to the posterior teeth of the upper arch ( the appliance maybe removable or fixed). Expanders have two halves joined by a small screw device to increase tension against the teeth to widen the jaw. A parent or the patient (if old enough) increases the tension by using a special key to turn the adjustment screw a tiny amount each day. This may cause minor discomfort that normally eases in a few minutes. The patient wears the device until the jaw expands to the desired width and then allows the bones to stabilize in the new position.

There can be some soreness or a feeling of pressure for a few minutes after the key is turned, but activating an expander actually causes less discomfort than having braces tightened. Your child may find that speaking and eating feels different at first as the tongue adjusts to the presence of the appliance. It is also completely normal to see a gap develop between the front teeth. This shows that the expander is having the desired effect.

When all is said and done, your child’s permanent teeth will be beautifully aligned with neither too much nor too little space between them. Once the desired expansion is achieved, we will leave the appliance in for a few more months to allow new bone to form in the gap and stabilize the expansion.

Crossbite expansion should ideally be treated as young as possible, but no earlier than the age of five. Adults with crossbites may only need dental expansion, not palatal expansion. If an adult’s upper jaw needs to be expanded, orthodontists in Muswell Hill may recommend jaw surgery as the primary treatment for this issue.

If you would like more information on palatal expanders and other orthodontic treatments, please contact us or schedule an appointment for a consultation at Angel Orthodontics. 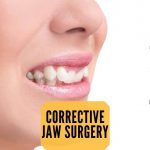 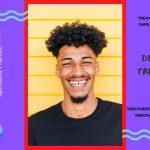 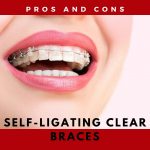 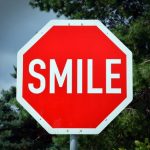 Christmas foods to give a miss with braces 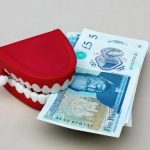 Best ways you can make your Invisalign cost pay off 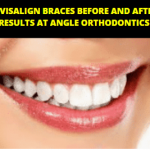 Invisalign Braces Before and After Results at Angel Orthodontics

Which types of retainers are right for me after wearing braces?

What are the most asked questions about Invisalign braces?

Had braces here with kamel nakhleh and best service ever I cannot fault it. My teeth look amazing
THANKS SO MUCH FOR THE GREAT SERVICE

I have had an excellent experience with Dr Fariba at Angel Orthodontics. I came to her nearly 18 months ago with very crooked teeth, top and bottom, and recent trauma to some of them after an accident. The transformation has been painless and astonishing, without any need for extractions. I highly recommend this practice.

Excellent, very professional and friendly team at Angel Orthodontics. It’s been more than 8 months of treatment so far and I’m very satisfied with the service and results!
Thanks to all the team, highly recommended.

Why do I have a gap in between my teeth?

A diastema is a name given to the space between two teeth, particularly a gap. It appears most often between...

The Goals of Orthodontic treatment

Upper and lower teeth are meant to fit in a certain way with their counterparts in the opposite jaw. The...

Orthodontic treatment with Invisalign is often considered a substantially preferable option for some adults and image-conscious adolescents who want to...